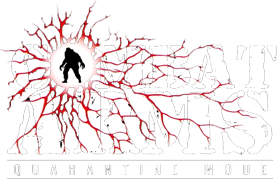 
5 replies to this topic

Welcome everyone, we proudly present to you UnifiedMarvels 1 year anniversary special! For starters we would like to thank each and every one that has been supporting us throughout our long journey and ofcourse the awesome subscribers of our channel, we woudn't reach this far without you guys!

The story : We began as a clan named "Dissemination" that was opened on the 26th of November 2013, which i (Pierre) opened together with another player called Marco.We started with a few members, but infact after a couple of days everyone of them left so i surrendered and terminated the clan.But that same day i realised that i had no clue where to go, what clan to join or even to join at all, so i decided to reopen "Dissemination" once more, witch occured at the 1st of December 2013.At first, most of the people didn't want to join because they didn't see the clan succeeding in the future.Eventually, a player named Psycho-Man saw potential in the clan and decided to join, which gave me and the clan more hope.We slowly started growing, getting more subscribers and getting abit more known in the community.To addition, we had a big concurrent clan called "ForsakenDreams" that showed up as a good clan, that eventually got terminated, which also made our clan grow even further than expected. We started to get good members and nice feedback from others.Our past starting as a new clan didn't work as planned, people were clanhopping and fighting constantly, which made our reputation go abit down.One day, one of our members sends me a clan-name-change and that was when "UnifiedMarvels" was born!We started working on a clantage, we released the 500 subs. special which brought us back to track.We starting growing and growing once more, we got support from many clans and eventually also of "LastLegacy" (The clan with the most popularity in EU so far).We finally hit the 1,000 subscribers,people started to respect us and we were seen as a good stable clan.Within days people started to leave again,but that didn't stop us from growing with or without them.A few months after our 1,000 subs we got into a downhill of some sort, the clan was getting filled with fights which leaded to alot of bad situations.I took the risk of kicking out every member we had and added back those who deserved back to join, who were kind and loyal.People doubted my action at first, but im glad to say we are back and better than ever.New great members joined us and we grew alot. Look where we are now, 1 year and still standing, almost 2,000 subscribers and around 90,000 total views, to me this was truly amazing.Anyways, we want to thank you guys once again for sticking with us and we wish you will in the future! Peace.

DISCLAIMER: Copyright Disclaimer Under Section 107 of the Copyright Act 1976, allowance is made for "fair use" for purposes such as criticism, comment, news reporting, teaching, scholarship, and research. Fair use is a use permitted by copyright statute that might otherwise be infringing. Non-profit, educational or personal use tips the balance in favor of fair use.

Your clan is Dissemination? There was a like bear/beast as the symbol right?

This Clan has 1.7k subscribers and is one off the famoust clans from EU.

This Clan has 1.7k subscribers and is one off the famoust clans from EU.
if it was a famous eu clan wouldnt it have more subscribers than that? o.o
not hating tho, nice job guys